Trainyard is a very well-designed puzzle game, originally from developer Matt Rix, and brought to Android by Noodlecake Studios. Like any good puzzler, it starts with a simple concept, and slowly builds and builds on top of it, adding layers of complexity and challenge. By the halfway point, it tosses some serious brain busters your way. On top of that, the interface is streamlined and intuitive, with nice, elegant visuals. 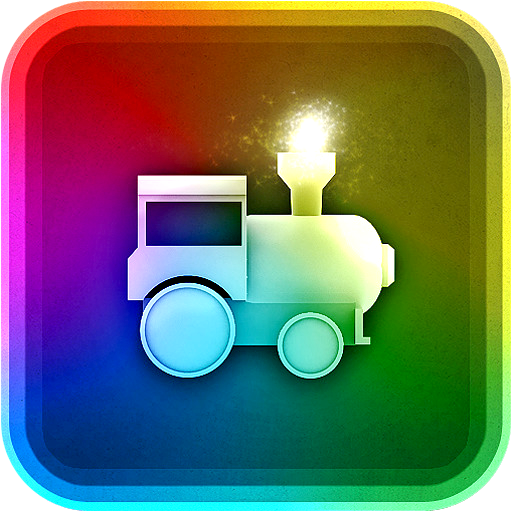 So your one and only goal in any level is to get each train to the correspondingly-colored station. You have to deal with splitting tracks and making sure to avoid improper collisions, and timing factors into everything. Luckily, each train goes the same exact speed. Before long, color theory enters the equation, and you’ll have to purposely crash primary colored trains to create new colors. Only primary-colored and same-colored trains can merge, otherwise you’ll end up with a garbage brown train and head back to the drawing board. Everything is built on these simple principles and it gets impressively tough.

There isn’t too much more to say about this app. You progress by earning stars to unlock new level sets. You can easily tweak the trains’ speed on the fly, slowing things down for more complex observations. You can even shake your device like an Etch A Sketch to erase all tracks. The minimalist style is oddly appealing, plus the designer kept usability in mind, and the app shines because of it. For only one dollar, I’d definitely recommend this to anyone looking to grind their gray matter into a lean, mean, thinking machine.

Posts created: 404
Previous article Fourth of July Android apps!
Next article A preview of what we might see at Google I/O 2012

Are you a Tower Defense fan? Don’t miss these classic titles!

December 2, 2016
There are no comments yet No comments