Bring the war of the worlds to your phone with Galcon. The app has a lot of history in gaming. First developed for a gaming contest, then released as the first true multiplayer game for iPhone. Fortunately, you don’t need to know or care about the game’s past to enjoy it now on your Android. 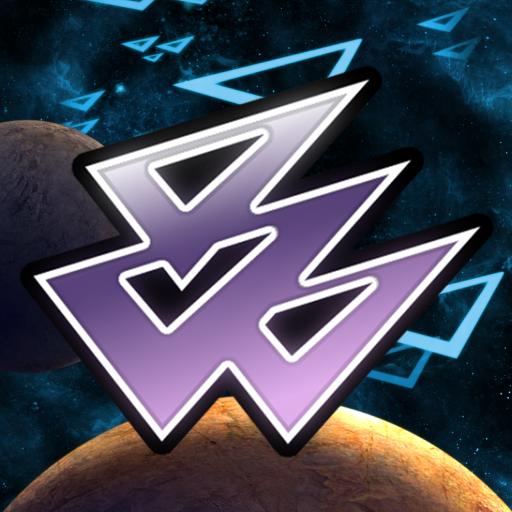 You start with one, two or three planets under your command, and you’ll face one or two enemies, each with several planets he or she controls. By finger taps, you send your space fleet to fight and take over your enemies’ planets. Numbers on a planet show you how many ships are required to win it. Your goal is to conquer all the planets on the board, and defeat your opponents.

Strategy plays a key role. Larger planets create more fighter ships at a faster rate, so they are good to own. Mid-flight taps can re-direct a fighter fleet to another planet, so you can adjust in the middle of a battle. Multi-touch is fully functional, so if your brain can handle it, you can launch from two different planets with two different fingers simultaneously.

Work your skills playing against your phone so you’re ready to play others online through the app. When you get wrapped up in Galcon, you end up tapping so fast that people around you will think you’re having a seizure. That’s OK. Saving the universe is a thankless job.

Ian Black is beginning to think his phone is smarter than he is. He's keeping a close eye on it in case it tries anything funny.
Posts created: 533
Previous article TurboFly 3D leads Android Games of the Week
Next article Stay a step ahead of the weather with My-Cast for Android

Must have games for zombie fans

Take a brain break with the free SeeWordz Android app

November 13, 2016
There are no comments yet No comments