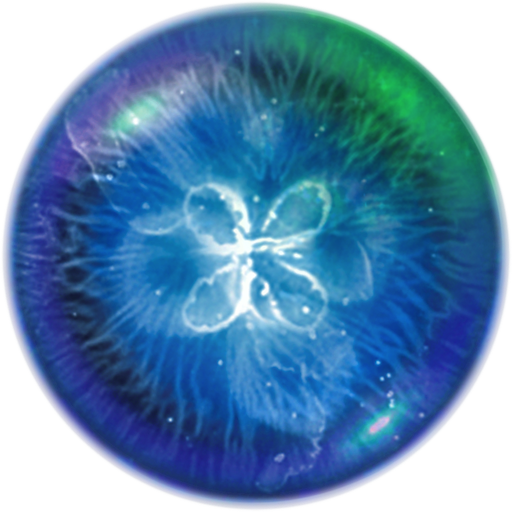 The most noticeable aspect of Lightopus lies in its visual presentation. The aquatic environment is home to a number of bright neon-colored organisms that are incredibly mesmerizing. It’s akin to looking at the city of Tokyo, only through a microscope. The transparent background of the the ocean floor also suggests a much larger and deeper environment.

Visuals aside, Lightopus gameplay is as good as its looks. Taking form of a mature ‘lightopus’ your job is to free trapped younglings of your race called ‘bulbies.’ You take direct control of the adult lightopus by tapping your finger on the screen. Collecting a number of bulbies will increases the swimming speed of the Lightopus which allows you travel the zones much quicker, albeit at a loss of control.

Sharing the deep abyss are other organism looking to feed on your creature. These organisms are much larger and can aggressively pursue players. Fortunately, the collected bulbies also serve as an offensive mechanic against said creatures. Unlike your lightopus, you do not have direct control of these bulbies when attacking. Engaging in combat, though simple, is still a challenge; enemies are vanquished by guiding the trail of bulbies that are following you in the path of enemies.

If you’ve played the PSP gem, flOw, the premise here is quite similar. While that title was devoid of color, Lightopus embraces it to the fulles extent. Simply put, Lightopus is a very immersive experience that everyone should try. The icing on the cake? It’s free.

Previous article Meme me up, Scottie
Next article Ski Safari is a long and wild ride

October 31, 2011
There are no comments yet No comments