10ton are the developers behind such titles as Boom Brigade 2, which ups the ante in terms of content and quality anyway. 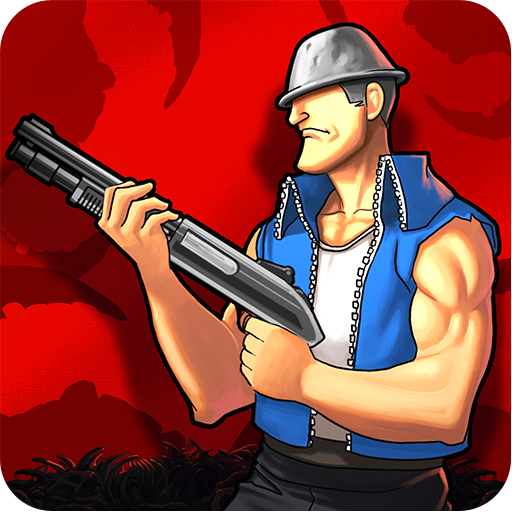 At its core, this is a real-time strategy game, with the insane action of a dual-stick shooter, the controls of a line drawing title, and a bit of castle defense thrown in for good measure. It’s very light on story and characters, but you basically spend the entire game defending your bases against waves of alien creatures. You do this with five different soldier types, from assault gunner to sniper to flamethrower. Each class can use multiple kinds of their specialty weapon, bringing a lot of diversity to the battlefront, as these weapons affect range, damage, movement speed and more.

As I said, there isn’t much fluff to this game. The art is pretty basic but nice looking, and there really isn’t much to distract you from the core gameplay. At first it may seem a bit action-heavy, but before long, you’ll really have to start using your noggin. Luckily, you can pause time to think about and issue orders whenever necessary. The game is listed as free, but this is just a sample. You will have to pay to unlock all chapters beyond the first. But once you do, this is a unique and content-heavy title, whether you’re playing through the story or playing alternate modes like survival. Give it a shot.

Spirit of Wandering delivers puzzles for the patient

Android game Super Dynamite Fishing could reel you in

February 15, 2011
There are no comments yet No comments