Let’s get the similarities between this game and the Pirates of the Caribbean movie franchise right out in the open. They both feature a ship Captain named Jack, romantic yearnings between lovers separated by adventure, an element of magic, and a whole bunch o’ pirates. But, that’s pretty much it. In fact, fans of the movies might not love the game nearly as much as search-and-find puzzle enthusiasts.

The core of Spirit of Wandering revolves around I Spy-like pictures containing cluttered but beautifully drawn and detailed scenes from the pirate era. You must find a series of hidden objects – 450 in total across the game – to solve the mystery of the ship and the fate of the crew, including Captain Jack and his lost love. 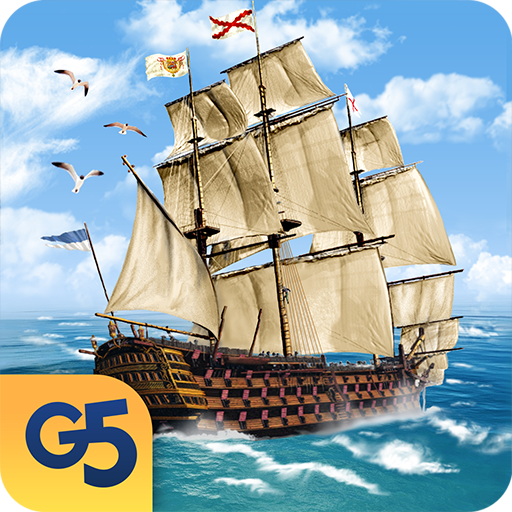 The game executes these puzzles better than other similar games I’ve played. Two elements that help tremendously and make the gameplay cool are a compass and the Crystal Orb. The compass points toward hidden objects as you pinch zoom and drag your way around the pictures and the Crystal Orb, which you can drag onto the picture and peer through, will glow and jingle when you home-in on a “cherished object.” These cherished objects hold the most important place in the game and deliver level-up like bonuses when you locate them and bring a new set of objects to find. Without the Crystal Orb, they’re invisible and they illustrate my only complaint about the game – you must be a patient person to enjoy it.

You’ll come to find out that the puzzles matter a lot to Jack and his crew – they are trapped in a “wandering spirit” world after being attacked by the Flying Dutchman. Solving the puzzles frees them from their “prison” and will re-unite Jack and his soul mate. Good luck!

Ian Black is beginning to think his phone is smarter than he is. He's keeping a close eye on it in case it tries anything funny.
Posts created: 533
Previous article Samsung Galaxy S III shines as this year’s biggest Android launch

July 5, 2012
There are no comments yet No comments