Even waving the beta banner, it’s pretty difficult to forgive Mobile Bits latest dual stick third person RPG, THD title, the action RPG has finally been made available for non-Tegra devices.The question is: is it worth your time to try, or should you wait for the promised fully-fledged title? 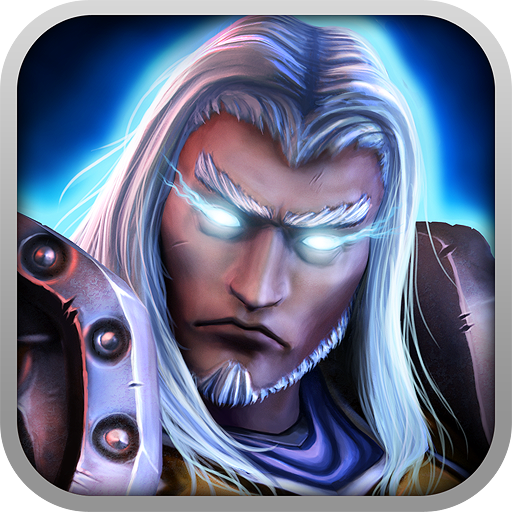 The story behind SoulCraft is simple: Humans have finally discovered the secret to eternal life. In fear, the Angels and Demons have created a pact to keep the circle of life flowing by fighting the newly-powered human creatures. While the story isn’t exactly a page turner, SoulCraft’s premise is practically nonexistent within the game. Unless you read the description prior to downloading, you’ll not have the slightest clue to what’s going on. Even worse, the description read that the supernatural have decided to declare war on humans, yet as you continue to play you’ll notice not one single enemy remotely resembles a human. Monsters, demons, wolves… perhaps the human immortality in the underworld results in beast transformation.

Upon starting the game, you’re prompted to create an account by giving up your email address. While not directly stated, Mobile Bits uses your log-in to store your saved game on their server. It’s a great way to continue your progress from tablet to phone.

As a beta, SoulCraft promises three characters to choice from: Human, Angel or Demon. Currently the Angel is the only available option. Like most dual virtual stick shooters, you’ll use one side to control his movement and the other for attack. SoulCraft adds a blue arrow that guides the direction of your projectile/sword as well a visual cue determining the range and amount of charge before the action is performed. This works well as you’ll be able to aim the trajectory of your attacks and helps you prevent spamming, though that works too.

Missions ranges from the typical, e.g. destroying a certain number of enemies, destroying a certain number of portals, to the mundane, e.g. running across the stage before time expires. The recycling objectives quickly become a chore. The grainy graphics and lack of in-game music only adds to generic feel. If played on the tablet, the character looks washed-out and pixelated. The lack of music during rounds prevents you from feeling any excitement when a wave of enemies begin to swallow your character whole.

SoulCraft tries to make things interesting by adding boss battles at the end of the levels, but the enemies here can easily be dispatched thanks to braindead A.I. By accident, I somehow glitched myself into a corner where I was open for attack, but the the creatures simply ignored me and was forced to exit the game.

In the end, SoulCraft is not a terrible game. However with no stand-out gameplay mechanics, a free-to-play model that allows you to swap real money for virtual currency, and level grinding, it’s difficult for me to recommend it. However if you enjoy games like Gun Bros. and you’re looking to replace guns with swords, and lasers for spells, look no further than SoulCraft. Just keep in mind it’s still in beta.

Get rolling with these fun Android dice games