If you want a game that you’ll be able to play for a long time and that doesn’t cost you any money, then Rule the Kingdom will satisfy your urges. At its heart, Rule the Kingdom is an RPG not unlike Zenonia or old Legend of Zelda games, for example, but there’s more substance to it than that, and it handles very differently. 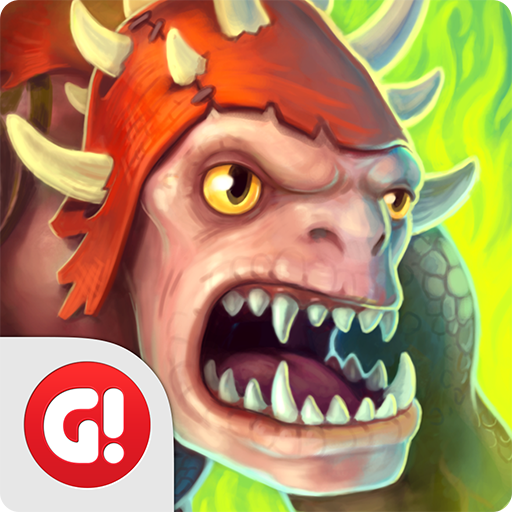 First, Rule the Kingdom has a point-and-click interface rather than using an on-screen joystick. You tap the screen where you want to go, and your hero goes there. You tap on a bad guy, and he will attack, and you can either wait for the auto-attacks to play out, or you can mix things up with spells.

Beyond fighting and talking to people, you also have a kingdom to manage, as the title of the game suggests. You can build a barracks to train warriors to help you battle monsters, and you can make some other people farm the land for you. And you can have somebody make cookies. And so on. A kingdom won’t run without gold and food, and you need to figure out how to produce those things.

Rule the Kingdom is engaging and effective, and it’s different enough from its counterparts that you’ll never feel like you’re playing something you’ve already played before. But this game does have one big problem: the interface.

Unfortunately, everything on screen is so small. This game seems geared toward larger tablets rather than phones in that sense. It doesn’t make the game unplayable – I was able to do most of what I wanted to do on my Galaxy Nexus, which has a large screen for a phone – but I can see some major problem arising on smaller devices.

But as long as your thumbs aren’t too big for the buttons, I think you’ll have a grand time with Rule the Kingdom. That seems like a big caveat, though.

September 9, 2010
There are no comments yet No comments