Not every game involving animals is great. Rovio set the bar high — perhaps too high — with the massive success of Angry Birds in 2010. Ever since, game designers have scrambled to cash in on the funny fauna craze. Rocket Bunnies tries hard, but doesn’t leap to the heights gamers have come to expect. 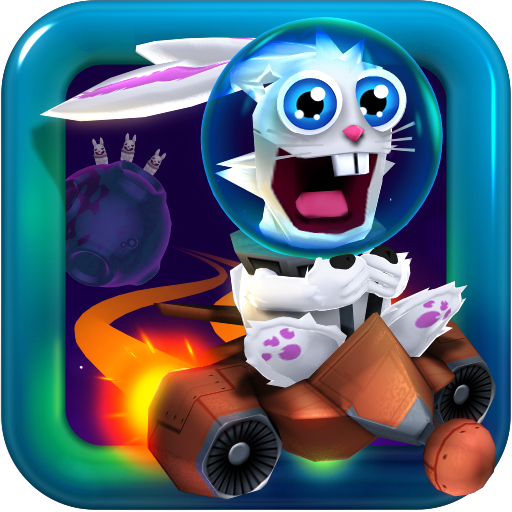 You control a risk-taking rabbit riding a rocket through space. You must rescue stranded bunny friends by zooming around the planets where they’re trapped. Tap the planet you want to fly to next, but avoid the mine circling some planets, and watch for deadly space spiders trying to bite you. Time the jump to the next planet correctly, and you’ll get a speed boost from the fling of gravity. Double-tapping reverses direction of your orbit. You are racing for the fastest time to rescue all the bunnies and complete a tour of the current galaxy. A quick tutorial will fill you in on the details if you get lost.

I don’t expect great story depth or continuity in a phone game, but Rocket Bunnies seems particularly incongruous. It’s hard to work up enthusiasm for your goal. It’s not like anybody stole your eggs or anything. The game works well enough, but the challenges don’t get much tougher as the game progresses.

Ian Black is beginning to think his phone is smarter than he is. He's keeping a close eye on it in case it tries anything funny.
Posts created: 533
Previous article Android App Video Review: Meebo IM
Next article Self-checkout with your Android at Magic Beans in Boston

Alchemy Classic will have you addicted to the elements

November 3, 2010
There are no comments yet No comments