We are all suckers for jewel-matching games, and you will definitely be a sucker for Jewels Legend if you give it a shot. And that’s because it has novelty working for it. 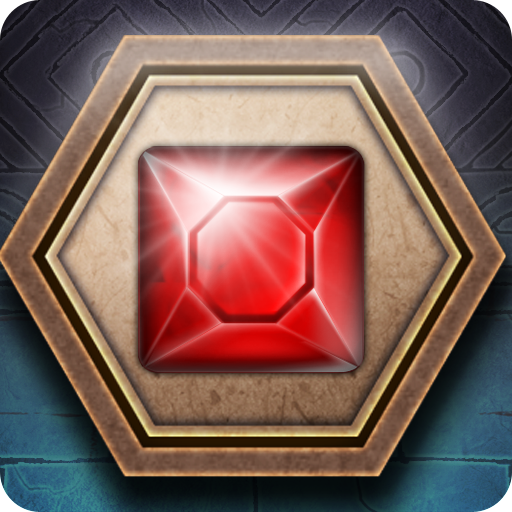 Jewels Legend is different from most jewel-matching games because it has hexagonal matching instead of rectangular matching. OK, that’s not new, but what sets this game apart is that it has weirdly-shaped boards. I don’t mean like it has a triangle or something, I mean it might look like a donut. The donut board, which you’ll meet pretty early on, is weird, but it get much weirder. I would describe these other weird shapes, but I don’t know the words for them. Just know that every time you get to a new level, you’ll be surprised by the shape, at least until you become jaded by it.

The goal in each level is to match jewels on darker tiles until they become lighter tiles within a time limit. This is fun and challenging until you get a board that has a big gap in the middle aside from a singular strand of four tiles in a row. The boards become quite devious in that way, but they also get irritating. If the jewels don’t fall the right way, there might simply be no way to progress. You end up just having to play a board over and over again until it works out. It’s all about luck, rather than skill.

Luck has always been an element in jewel games, but here it’s even more a factor. If the game doesn’t want you to move on, you simply are not going to. There is no way to unlock new levels aside from beating the previous levels – you can’t even pay for that privilege – and so it becomes frustrating.

Still, the novelty of the strange boards makes it worth a shot, but you probably won’t stay with this one as long as you would any other random jewel game.

October 26, 2010
There are no comments yet No comments