I have enjoyed turn-based strategy games ever since I played a game called Panzer General for the PC years ago. Playing the role of a commander and trying to figure out the best strategy to win is a lot of fun. In addition to your current move, you need to look ahead and figure out potential future moves or consequences to your actions. Many times you need to lose and learn from your mistakes to be successful.

The games listed below are all fit the bill, but each takes a slightly different approach to gameplay. These games play fine on Android phones but the bigger screen really makes them better. From what I have read there are some neat looking games coming out later this year, so keep you eyes open.

The game Uniwar has been out for some time for both iOS and Android devices. It has won numerous awards and has been highly rated by its users. Recently it has undergone a major update, it is now Uniwar HD and is better optimized for Android tablets and provides a built in map editor. With these recently changes, the game is definitely worth the price. 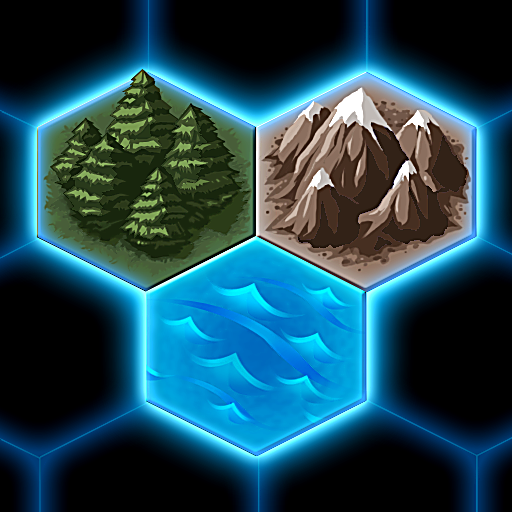 If you enjoy games like StarCraft then I recommend you try Uniwar HD. In the game you can choose between three races to play and within each race there about eight different units. As with any of these games, each unit has its own strengths and weaknesses, so you need to do some research. To win, you need to eliminate your enemy and take over his bases. The game has three main modes: Campaign (play a series of missions against the computer to learn the game), Solo (play a single game against the AI), and Online (play others over the Internet). The online game feature is the main thrust of this game. This is no major storyline, just play against others and see how well you rank. A note: when you first start, you will need to create an online account to access all the features of the game such as map editor.

To have a chance to win in the game, you really need to know the units and how they interact with the terrain. Terrain plays a big part of the game. The campaign mode will definitely help newbies out but practice makes perfect. You can play quite a bit solo but it’s the online gaming component where Uniwar HD excels. There is a very active and helpful community already in place, and tons of player-made maps available online giving Uniwar HD an almost endless number of games. The graphics are great and fit well with the game. You can zoom in/out in the game and play in landscape or portrait modes. I wish I had Wi-Fi in my office so I could play more.

So, are there any particular turn based strategy games that you like to play? The games listed here represent a nice variety of game styles. If you enjoy story-based games with online multiplayer modes and 3-D graphics, then these Android games should have you covered.

Larry Sullivan has been online for over 10 years, runs a number of websites/services and has been revieiwng apps for over a year on numerous sites  Larry's own website AppReviewCentral.net provides Android and iOS users a central location to find links to quality online reviews, mobile news and articles, and custom reviews.
Posts created: 44
Previous article Android tablets will overtake iPad share by 2015

What Android users should know about the Jelly Bean 4.1 update

October 2, 2012
There are no comments yet No comments