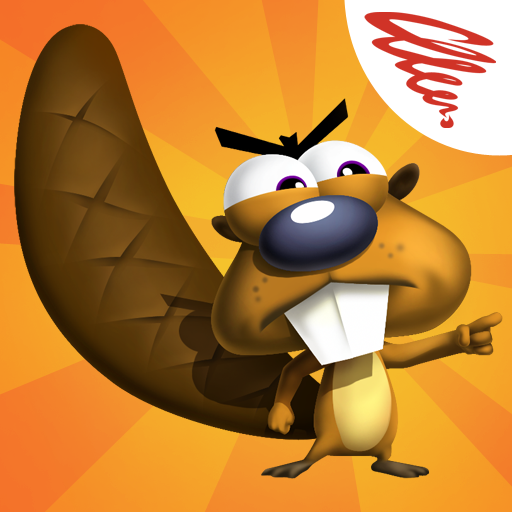 In this edition of Game Theory, we check-in with Twisted Games’ mobile manager Jeremy Holmes, who talks about his company’s efforts to enhance app discoverability in what is an increasingly crowded landscape. Holmes also shares Twisted Games’ approach to creating a consistent gaming experience across multiple Android devices and form factors, international expansion opportunities, and why he considers current pricing models for premium games to be “mind-boggling.”

Appolicious: Beaver’s Revenge is the second multiplatform game released by Twisted Games. What should players expect upon download?

Jeremy Holmes: Players should expect a fun game with great graphics and its own personality. We gave special attention to our art style and the humor in the title to make a game that stands out from competing titles in the market. Beyond that, players get a game that has been heavily tested for bugs and performance. I think this is especially important for Android users as many titles do not spend the extra time it takes to properly test and optimize for the range of Android devices available.

APPO: What lessons – both creative and marketing-oriented – did you learn from your first effort, Ice Cube Caveman, that you are applying to Beaver’s Revenge?

JH: One of the key lessons is making sure we had aspects of the game that individuates the title. Some of this approach is apparent in Ice Cube Caveman. Having the character of the caveman in the game helps the title stand out from games using a similar block rolling mechanic. As we moved to Beaver’s Revenge, we became more certain of the importance of uniqueness and tried to put our special touch to every part of the app. On the marketing front, we still have much to learn about the mobile market. It has become apparent that we need to scream as loud as we can about the app as it is quite difficult to get noticed in the market. I think the times of just making a good app and letting the market find it have likely come and gone. I imagine we are like most new developers and attempt to get reviews and stories from popular blogs and gaming sites. Most of our marketing has just applied to the iOS version of the app as we haven’t found many highly trafficked Android gaming sites to contact.

APPO: Your apps are created for both iOS and Android devices. Talk about the development differences associated with creating games for each platform.

JH: We are pretty lucky when it comes to multiplatform development as our engine, Unity3D, handles many of the difficulties of multiplatform development for us. Having many members of our team with PC and console development experience helps us deal with many issues that other developers experience with cross platform development. We have made all of our games resolution and aspect ratio independent which allows the game to look great on any size screen it is played upon. The only difference we pay close attention to is optimization for Android as the performance range on that platform is so vast. Luckily almost all optimizations made for Android apply to the iOS version of the game, meaning all players get to benefit from the optimizations.

APPO: What about the marketing differences? Both upon launch and over time?

JH: On iOS, our challenge is getting noticed by a highly trafficked site, or hopefully getting a feature by Apple. Getting featured by Apple is the Holy Grail that all developers shoot for. Similarly on Android we are hoping to get a feature from Google or Amazon to help point users our way. I feel kind of lost on the Android marketing front though. About a week has passed since our launch and we are just starting to get some attention from more sites asking us for reviews or more information about the product. When we have our first major update for the game, we will shout from the rooftop loudly and contact all sites large and small and hope some sites are more receptive the second time around.

APPO: Tell us about Twisted Games. How many employees and mobile developers are there? How long have you been around? What is your longer-term vision for the company?

JH: Twisted Games (TG) was recently established as a new company from our parent company, Knowledge Adventure (KA). Twisted Games has existed as a company for about 5 months. We have an interesting situation as the Twisted Games employees and Knowledge Adventure employees are in the same building. There are about 15 employees focused on the mobile space. With both companies in the same building, there is a bit of flow with a few KA employees helping out TG when needed and vice versa. There are two steps in the long term vision for the company. First we would like to establish ourselves as a trusted mobile brand with a variety of fun and high quality games. We would love to be mentioned in the same name as Rovio, PopCap, EA and other popular mobile brands. If we are able to get that lofty goal accomplished, we will then begin to branch out to even more platforms. We have built our games in a way that they can easily get launched as native standalone games for PC/Mac as well as running in web browsers. Letting our users have true device independence with all settings, accomplishments, high scores, etc. traveling with them between devices is the very long term goal.

APPO: Describe the differences in creating games for smartphones versus tablets?

JH: There are few differences for us in creating the game for a smartphone or tablet device. Our goal is make our games seem like we created them for a single platform even though we support many. All of our current games are 3D, and that helps us a lot in dealing with different sized devices. The user interface is the area we must pay attention to regarding the sizes to make sure buttons feel the appropriate size on each platform. Being careful with button sizes and taking into consideration the different aspect ratios has been enough for now.

APPO: How much attention are you paying to creating games for Honeycomb-based tablets?

JH: We have been paying close attention to make sure all of our games work well on Honeycomb tablets. Though these tablets do not have the popularity of the iPad, they present great platforms to play games, and I think it is a matter of time before one of the tablets gets traction in the market, and I plan for all of our games to be there when this happens.

APPO: What are the three biggest opportunities and challenges in the mobile media industry right now keeping you up at night?

1) App discovery – The market has become quite crowded and so far there are quite limited marketing channels. Just having potential users know you exist is an issue that is on my mind 24/7.

2) Price points – The mobile industry has been great in allowing so many developers to enter the market, but the race to the lowest price points has not been beneficial to developers. The idea that $2.99 is a premium price for a game that works across multiple platforms and can be installed on up to 5 devices is frankly mindboggling.

3)  New Ideas/Mechanics – Creating new ideas/mechanics for a game is always a challenge no matter how many times I do it. I have lost many hours of sleep trying to think of the perfect mechanics to bring a game together.

2) Nascent OS marketplace – The App Store is greatly saturated at this point and the Android market is filling up quickly as well. I think there is a real opportunity on Windows Phone 7 as there is less noise to fight through.

3) Free to play monetization – I think this approach goes along well with the potential for international growth. Piracy has been quite high on our apps paid up front. Instead of attempting to fight piracy, free to play is a model that works well overseas and recently has had huge growth in the US market.

Next article Build your own nation in Android game Empire Story

November 18, 2010
There are no comments yet No comments