Foozle is a simple physics/puzzle title from a developer named William Thurston and his two partners, who gave the game over to Noodlecake Studios for an Android port. Physics puzzling has never been so obscenely adorable before this simple but well designed game. The art has a nice consistent palate, and the sound effects these creatures make only add to the cute factor, though they can get annoying with time. This is a must-download for fans of the genre, and a great game for kids. 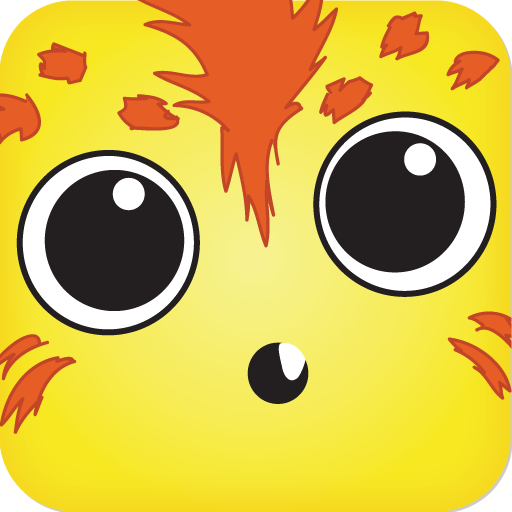 “So what exactly is a Foozle?” I hear you ask? Well I’ll tell you. It’s a little fuzz ball of concentrated cute which can also change its shape. With a simple tap, any foozle can switch from circle to square, unless it’s asleep, which is where the fun begins. Your goal in the game is to get all the nasty red foozles off the platforms while keeping all the nice yellow ones alive, with some neutral foozles thrown in for extra depth. Each level gives you a different set of platforms, with extra mechanics like bouncy pads and movable blocks of wood added over time.

The puzzles follow a nice, gradual challenge curve, although certain levels can feel like repeats of past ones. This is a great puzzle game for any age group overall. This free version of the game is fine, but after a certain point you’ll be bothered with an advertisement after every single level, which is just obnoxious. If you want to pay the dollar to upgrade the game you can, but either way, this is worth a look.

Math Scramble app adds up to a real challenge

February 2, 2012
There are no comments yet No comments