Frisbee Forever. Jeppe discusses why he became an app developer, how his company harnesses innovation, how they differentiate their titles, and where he sees the mobile industry advancing. 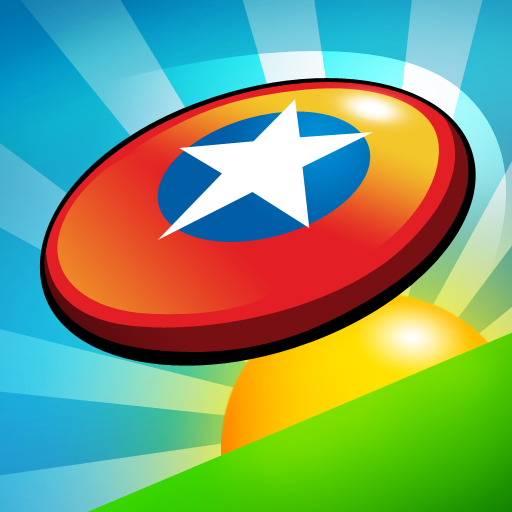 JEPPE BISBJERG: I sort of ended up in the app business by a coincidence, having worked with short films for a number of years, I was looking to try out the games business. I started working at Kiloo Games as a Community Manager back when we were only ten people, sitting just below the roof in a small apartment and are now proud to be working with 35+ professional and dedicated game developers. Getting my first iPhone several years ago really peered my interest, and I’ve basically never looked back since.

Here’s a video showcasing the arrival of Subway Surfers on Google Play:

JB: Personally, I’ve been developing apps since 2009 and in that period of time the market and technology has just moved so incredibly fast. Almost gone are the technical restraints and iOS and Android gaming has just moved to an entire new level of credibility. I believe a lot of developers have shown that app gaming is here to stay.

JB: There’s been numerous games on iOS that I’ve enjoyed. Superbrothers Sword & Sorcery and Waking Mars are great attempts at storytelling on the platform, Tiny Wings is such a pure, focused and complete concept. I’ve also been hooked on Hero Academy and its specific way of doing multiplayer.

JB: The technology, as I mentioned, has moved tremendously fast these past couple of years, but I’m also thrilled by the maturity of the market as a whole. I believe that the great deal of available apps at the moment is an amazing example of the innovation that the mobile platform in general has experienced. The competition ensures that we continue to see original ways of doing controls, social features and interesting gameplay.

JB: Our main belief is execution. Innovation for the sake of innovation rarely leads anywhere. Good ideas are what every company needs, but executing them the right way is the hard part. When we start a new production we always focus on the main, basic experience. Is this fun, intuitive or not? Innovation comes from trying to find that perfect balance between old and new.

JB: Quality and polish are the easiest and most lasting keys to generate awareness. If you create something that people enjoy, respect and recommend, then the app has a great chance of spreading naturally to new markets. I believe that Kiloo Games has delivered big time titles at a number of right times, so now players everywhere are looking forward to that next great Kiloo Games title. We use this to our advantage and know that we have to deliver every single time to make sure we reach the amount of players we’d like. We also strive to stay in close contact with our millions of fans all over the globe, we listen to their feedback and try to move our games in the right direction.

JB: The small screen of the iPhones and iPods definitely put technical constraints on the general user interface, the placement of buttons and amount of displayable information. But the mass fragmentation on Android is also a technical challenge that you have to consider, there are just so many different devices available. Luckily with tools like Unity Studios, development has become a lot easier to develop and distribute quickly.

JB: Start simple – execute a basic idea to the fullest. It’s better to focus on creating a great and intuitive concept than to go for the big one in the first go. Make sure that you don’t undervalue quality in comparison to a multitude of possibilities.

JB: I believe we are moving to a completely new phase of mobile gaming. Free and social games are naturally dominating the market at the moment, but this does not rule out free-to-play high quality, core productions aimed at a wide range of players all around the world. Of course we are excited about the focus from the major tech developers like Apple, Samsung and Microsoft. We’ll probably see our phones and tablets become even more closely integrated to our social circles, while also being an even larger part of the entertainment industry.

September 17, 2012
There are no comments yet No comments