Granny Smith on iOS and Android 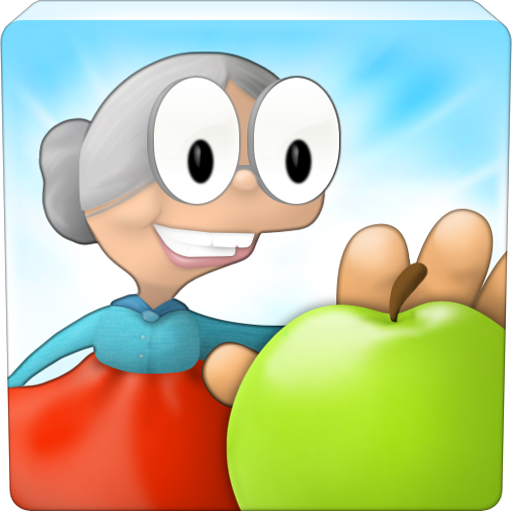 DENNIS GUSTAFSSON: Henrik Johansson and I used to work on various games back in the early days of home computing (the Commodore Amiga was our platform of choice). At that time publishing was really difficult, and it was impossible to release a game without being dependent on a big publishing corporation. The mobile platform was primarily a vehicle for us to get a game published, but we were also fascinated by the tablet format when it first came out – I don’t think we would have started developing Sprinkle if we could only release it for smartphones.

Here’s the official trailer from Medicore for Granny Smith, showing off its great illustration and fun gameplay elements:

DG: We started working on Sprinkle just two years ago. I have a console/PC game background, so the biggest difference for me is that mobile gaming is now getting broad acceptance across the industry. Some people still roll their eyes when talking about mobile gaming, but for the most part it is now (correctly) accepted as a new paradigm in gaming.

DG: Neither of us actually play a lot of games ourselves nowadays. We get most of our inspiration from old games released in the eighties and early nineties. I think there are a lot of similarities between games now and then. Back then, a lot of people bought home computers and got introduced to gaming that way. Now we see the same pattern with mobile devices. A lot of people who didn’t even know they were interested in games have started playing on their phone or tablet. The rise of casual gaming combined with a whole new touch-based interface makes game developers very creative, and we see a lot of innovation compared to just ten years ago.

DG: From a gaming perspective there has naturally been a lot of innovation with touch and tilt controls over the last couple of years. For console games it is more standardized – you have certain expectations of what a button or joystick will do. For mobile games, many still use unique control schemes, and I think that type of freedom is very positive and inspires game designers to be more creative.

DG: Both for Sprinkle and Granny Smith, we spent a lot of time on different control schemes, trying at least a dozen models before we found the right ones.

DG: We have been very lucky to get featured by both Apple and Google. Unfortunately, though, app discovery remains a big problem both on iOS and Android. During the initial launch of both titles we have successfully worked with TriplePoint PR to spread the word, but still, many people only discover featured apps and best-selling apps. We also have an in-game notification system to make our fans aware of new releases. The very best marketing you can get is word-of-mouth, and the best way to get that is by making a great app.

DG: Android has gotten a lot better recently, and the whole platform is more unified and nicer to developers than just a few years ago. Performance still varies a lot across Android devices. This is slightly problematic for us, since we want to push the limits of the hardware. However, if we push the limits on a high-end model the game will come to a crawl on budget phones, so it’s a constant balance between two extremes. This problem is getting more relevant on iOS as well, where we now have a range from the old 3GS up to dual-core iPads.

APPO: How do you (or will you) make money from your application?

DG: Our games are paid apps, so the business model is very straightforward. Plummeting game prices is a big problem in the industry. The competitive market has taught gamers to expect long-lasting, high-quality games with tons of free updates for 99 cents. That’s crazy when you think about it – a bottle of water is more expensive. If you get a big hit and make it to the charts you still make a lot of money, but for the vast majority that don’t it’s almost impossible to recoup the development cost. The freemium model is getting very popular for games, but it only applies to certain types of games and we have no plans going down that road.

DG: Our best advice must be to spend that extra time polishing your app – then go back and polish it even more. Don’t release it too soon, spend that extra time on the interface and make sure it is responsive at all times, make sure it starts fast and looks pretty. All those little details make the user want come back to it. Also consider marketing at an early stage. The app market is a brutally competitive environment, and there are literally hundreds of apps released every day. It is easy to forget that when browsing the charts.

DG: In the gaming space I think more console-quality AAA titles will be released for tablets in the next few years. The tablet is a particularly suitable format for gaming, and we have only seen the beginning of this transition. Dedicated gaming consoles will have a hard time keeping up. It’s a blessing and a curse – the quality of mobile games will improve, but potentially at the cost of innovation.

September 27, 2012
There are no comments yet No comments