SwiftKey 3 keyboard app made it into our best Android Apps of 2011 and is often cited as being among the best input methods available in Google Play. Even noted raconteur, Stephen Fry, visited the company’s London offices, as he’s a fan of their software. 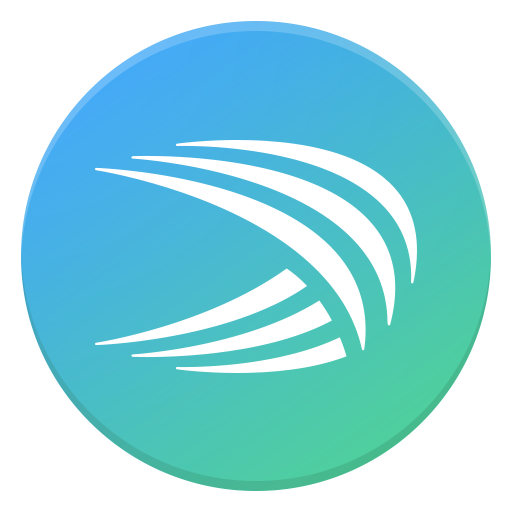 In today’s installment of Developing Minds Want to Know, we talk to Dr. Ben Medlock, the co-founder and CTO of SwiftKey. He discusses what inspired him to become an app creator, how he harnesses innovation and draws downloads for SwiftKey 3, and where he sees the mobile sector expanding over the coming five years.

BEN MEDLOCK: Typing on a touchscreen keyboard is such a universal bugbear, and my fellow SwiftKey co-founder Jon Reynolds and I knew we had an opportunity to build an app that could make the whole experience easier and more fun. We thought of typing as being about language rather than keyboards, and my area of expertise in Natural Language Processing and Machine Learning gave us the ideal technology platform to tackle the problem in a new and exciting way.

Here’s a video of Dr. Ben Matlock introducing some of the advanced features that SwiftKey 3 offers:

BM: SwiftKey was first launched commercially in September 2010 and before then Jon and I had been developing the concept for a couple of years with the help of a small team.

When we started the app industry was very much in its infancy. In fact our route to market wasn’t directly to the consumer via an app store, but through working with handset manufacturers to be included as part of its standard keyboard. We launched the app very much as a proof of concept and it took off.

App stores would be the main difference from when we first started. The direct relationship software developers can now have with their global audiences is unprecedented.

BM: I love apps that form part of the fabric of day-to-day life. I guess Google Maps is right at the top of the list for me – it’s an astonishing piece of software that has had a massive impact on my personal productivity, from in-car navigation to finding local restaurants. I’m also a big fan of Spotify – makes finding and listening to music so easy!

BM: The enterprise sector has become much more open to apps/software products and services in recent times. New sectors like healthcare are using them more and more so it really expands the potential customer base for app developers.

BM: We offer a free 30-day trial of the full version of SwiftKey for anyone looking to try before they buy. The conversion rate of people who will pay to carry using SwiftKey beyond the 30 days is very high.

Our existing customers have also been invaluable as brand advocates. We engage with them as much as possible and involve them in the development process, for example our users will vote for feature they want to be introduced in the next update. We also give ‘VIPs’ (of which we’ve had 67,000 sign up) a beta version of the app to test before it’s released and use their feedback to shape the final version.

The fact SwiftKey’s also been consistently in the top 10 paid for apps on Google Play makes it very easy for potential new users to find the app too.

BM: Something that’s particularly significant for us is the willingness of handset manufacturers and mobile OS developers to open up their software and let app developers experiment without limits.

SwiftKey’s currently only available on Android and it’s no secret that we’d like to be available to iOS users too. To do that we need users to be given the option to change some of the core functionality of the phone – like the keyboard – that can and have been improved upon.

APPO: How do you (or will you) make money from your application?

BM: We generate revenue from the up front cost of downloading the app, as well as by licensing the core technology that powers it to OEMs and other software developers.

BM: Try and think of something that addresses a real need. We owe a lot of success to the fact that SwiftKey addresses a pain point felt by a lot of people and they’re happy to pay for a solution that better meets their needs.

BM: The devices that are going to make use of apps are going to expand dramatically. Developers have been working on TV apps in recent years but the uptake has been slow because of the much longer lifecycle a TV has in comparison to a mobile phone. That trend’s only set to accelerate though as more people acquire the right kit. LG and Samsung have also been exploring domestic appliances that can make use of apps. Apps will play a crucial role in the connected home that the technology industry as a whole is working towards.

Posts created: 91
Previous article Monster Galaxy Exile tops Android Games of the Week
Next article Do touchscreen controls get in the way of core mobile gaming?