There’s just something about causing mass destruction that attracts us to video games. Sure, we’ll go along with the story and missions, but from to time we’d like to go the path less traveled and reign terror and destruction on as much as possible. Demolition Inc. THD strips away the complications of stories and plot progression to focus on something a lot more simple: pure unadulterated violence and mayhem. 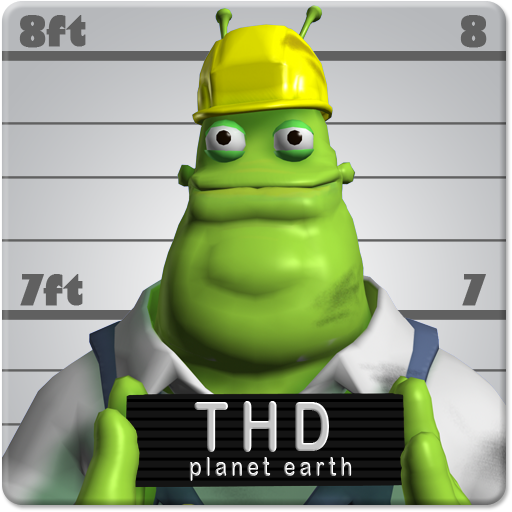 Demolition Inc. features a cartoony alien demolitionist whose job is the total annihilation of cities around the the world. The simple plot gives way to a game that no two players will play the same way, thanks to a well-implemented physics system. This isn’t your Angry Birds of the last few years – buildings crumple much more organically. You won’t find pre-scripted destruction here.

Gameplay in Demolition Inc. is quite simple: create as much carnage as possible. There is an underlying strategy as you’ll have to seek weak points, and destroying buildings as fast as possible will garner you some extra points. Like most casual games, it starts you off easy and gradually increases in difficulty as you progress through the levels. The campaign mode places you in six different cities to destroy with six assignments that need to be fulfilled before you can progress to the next level. Players are given a set of tools of destruction with more unlocked as you go along. They range from oil slicks and glue to the more outrageous, such as exploding cows and earthquake bombs.

Creating major chaos in cities should be fun right? Somewhat. Unfortunately, Demolition Inc. limits what tools are available per level which could turn off players looking to cause some trouble their own way. Ammo is also a factor to keep in mind and adds a layer of strategy, though it feels more of a constraint. Levels are set pretty well, but oddly, chaining your destruction isn’t at all a major staple to the game.

Thankfully a “rampage mode” is available for some mindless carnage, though you’ll still have to go through some tedious levels in career mode in order to unlock these extra goodies.

In all, there’s some major fun to be had with Demolition Inc. Unfortunately, the limitation in freedom keeps it from becoming the game that it should be. Of course the rampage mode makes up for it, but unlocking the game to its full potential means going through the sub-par career mode. If you can stomach somewhat average gameplay, then you can add an extra bar to this review.

January 11, 2011
There are no comments yet No comments