Hardcore hockey fans expecting to find an action-oriented sports game in Big Win Soccer by Hothead Games you may already be familiar with their MO. Like their previous title, Big Win Hockey revolves around a card collecting-based mechanic. If you’ve grown up tearing the foil wrappers off your favorite baseball cards, your nostalgic taste buds will be satisfied once you find the option to purchase virtual booster packs. 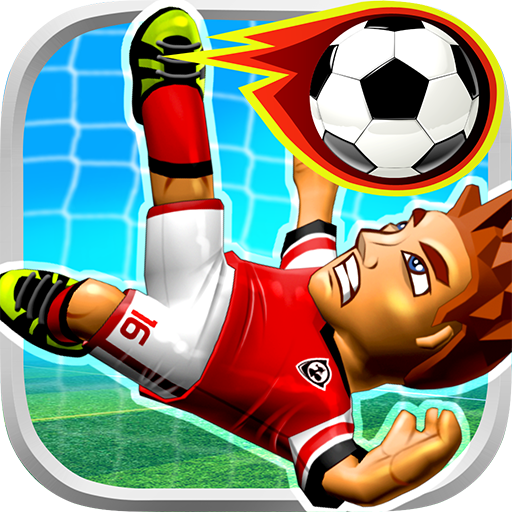 Believe it or not, most of the gameplay behind Big Win Hockey actually takes plays off the ice. By carefully tweaking players’ skills along with Big Impact cards, players can carefully strategize the best combinations for a successful game. Like the name implies, Big Impact cards are one of most important parts of the match, though with a right counter-strategy they can be beaten. Your randomly-chosen opponent also does the same, and the match can be played out in real time or skipped entirely. Like previously mentioned, there’s no interaction during the actual game so you’re treated to a few minutes of generated gameplay.

Big Win Hockey won’t any awards in the visual department, but its overall look has its charms. If you actually have time to watch the play-by-play games you’ll find that the look complements the card-collecting system. Thankfully, the time increments go by quickly so the game’s overly-simple graphics never outstay their welcome.

Love it or hate it, Big Win Hockey’s freemium model is alive and very much present in the game. However, you aren’t constantly pestered to death about purchasing extra content. There’s a constant flow of progression so you’ll never feel impossibly handicapped, forcing you to consider dropping real world cash. Though like most games, Facebook posting and any other social advertising will net you a few coins.

Bottom line, if you’re more interested in managing rather playing on a team, you’ll find the right balance of strategy in Big Win Hockey. However, itchy-fingered gamers may want to sit this one out. Depending on your taste, Big Win Hockey is still a great team management game many can enjoy.

November 4, 2011
There are no comments yet No comments