ad-free for $0.99) the latest creation from the Finland-based Rovio team of game-making geniuses. Available now in the Google Play Store, we take a look at Angry Birds Space, which introduces a menagerie of new levels to explore in the outer galaxies. 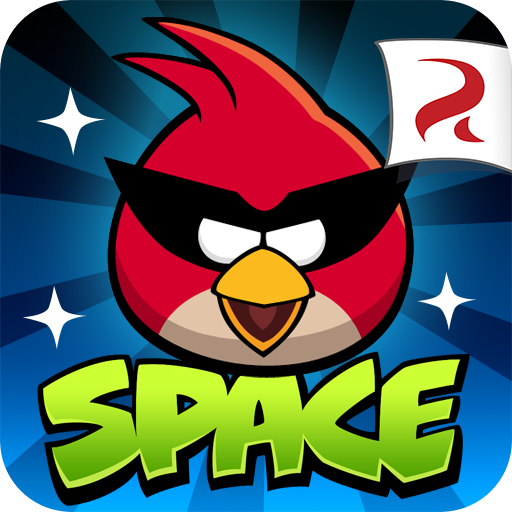 What makes Angry Birds Space stand out is the play on gravity, which comes into effect once you near a planet’s atmosphere. You can use this to your advantage, aiming past the event horizon and letting gravity do the rest, sending you spinning into an orbit trajectory that loops entire planets and earns you massive bonuses. Things get really interesting when there’s more than one planet to account for. Sometimes bouncing off one can send you reeling into another, turning the laws of physics on their head in a zero gravity environment for better or for worse.

With sixty interstellar levels, Angry Birds Space puts a great spin on a mobile gaming classic, giving the birds new powers for some awesome trick shots that can only be done in space. And outer space has become an important medium for mobile games to explore, introducing new ideas and a different environment for shooting and flying. Angry Birds even incorporates some bonus levels that are reminiscent of old school games like Space Invaders.

“This is Rovio at its finest, and we are more than excited to bring Angry Birds Space to all our fans worldwide,” said Mikael Hed, CEO of Rovio. “This launch marks a huge step for us as a company, and our whole team and partners have really pulled together to bring out a fantastic array of exciting products and experiences. We hope that our fans will find all things Angry Birds Space as delightful as the Rovio family does.”

In true Rovio style, Angry Birds Space launches on all major mobile platforms, with a PC game and plenty of merchandise to spur the masses. There’s toys, animations and books already available in retail stores, marking the first time an Angry Birds game was released at the same time as their merchandise.

Office Space: Idle Profits – Not Worth a Red Stapler

March 9, 2011
There are no comments yet No comments