ExZeus is an arcade-style third-person shooter game for Android phones. It features some great graphics and offers some very dynamic gameplay for a game of its type. 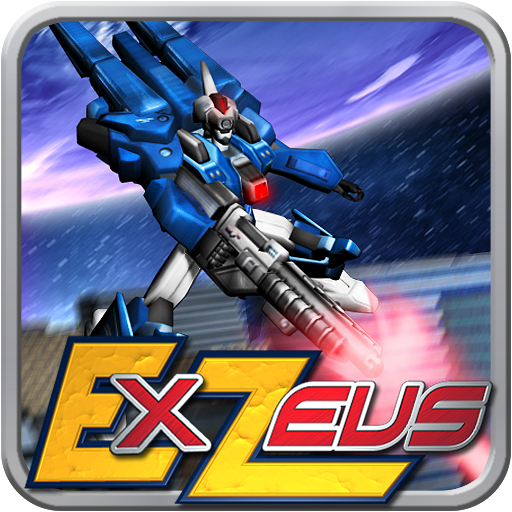 The game puts you in control of a Gundam-like warrior that is traversing the city exterminating a strange alien infestation that has attacked Earth. Using your experimental robot suit, you are to attack all the creatures to advance further.

Movement of the character is handled by the accelerometer, which, although occasionally clumsy, works the best for the type of movement needed. Attacks are also very straightforward. The player has the option of a regular fire by pressing the right side of the screen. This is not aimed and can be leveled-up with power-ups found in game. There is also an option to lock-on my tapping the left side of the screen. Each tap of the left side locks onto another target until the energy bar is depleted. By tapping the right side after targeting, your character with release missiles that home-in on the target. There is also the option to fire lasers by holding the right side, or drop bombs by dragging downward from the top right.

This game really has the feel of an arcade game and will keep you trying to stay alive for quite a while. It is a game worth checking out and will be added to my Android phone’s collection of great games. Check it out.

July 5, 2011
There are no comments yet No comments