The GalaxyTab is also getting some game love, with a demo of Need for Speed on the soon-to-debut Android tablet.

Bring your cow home to safety while navigating 120 levels of dangerous landscapes with the $3 game Mobile Andrio got an update this week, with two new levels, bug fixes, improved sensor control, and an in-game FAQ.  The $2 platform-jumper has also been integrated with Scoreloop’s game platform, tapping into its leaderboards and social networks. 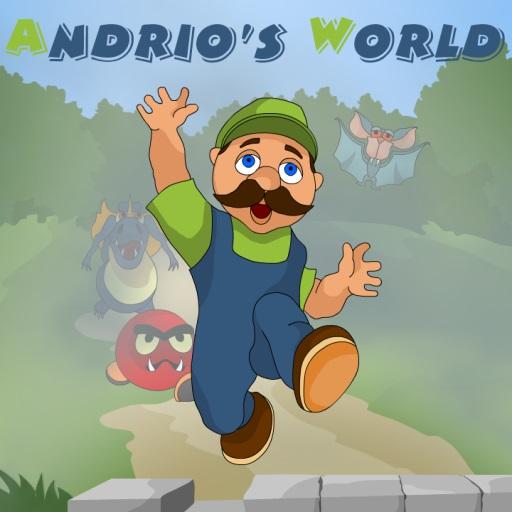 Another take on Super Mario Bros. is Jumpy, an upcoming game for Android.  Leap from platform to platform, collecting coins along the way.  Destroy enemies as you come across them, with various control options for making the most of your mobile device. Jumpy will be small at 500k, with a low-res mode for full old-school effects and speedy rendering.

Cast your fishing line in various scenes with Hercraft’s latest Android title, Russian Fishing.  Sell the fish you catch, snap photos and purchase better fishing equipment to bring you bigger catches.  At $4.99, the game has a great flow, 10 levels and trophy posters.

World of Dragons MMORPG is headed to Android, with an expected launch date this fall.  The fantasy game has a slight old-school appeal, following the classic theme of creature-filled forest adventures. Played online, the free game will work on most Android devices.

Another MMORPG title coming to Android is Clockwork Runes.  Bonafide Software is creating an involved storyline for the upcoming game, with custom features around a complex caste system.  That means lots of gear and weapons for characters, and a hefty time investment for Clockwork Runes.

EA Games previewed several games at its London event this week, including a GalaxyTab title, Need for Speed Shift.  The 3D racer looks great on the upcoming tablet, with bright features and intent for designing the game around GalaxyTab’s screen.  Hopefully we’ll see the game and the tablet soon.

Card Thief – Something Unique and Wonderful