When you’re in the business of reviewing mobile games, you play a lot that are similar to other titles. So it’s very rare that we get to play something that really, truly, feels like its own animal. But 100 Floors is its own animal, as far as I know. Yeah, it could be that because there are so many mobile games out there I simply missed the one 100 Floors is ripping off, but I don’t think so. I think it’s an actual, legitimate unique game. 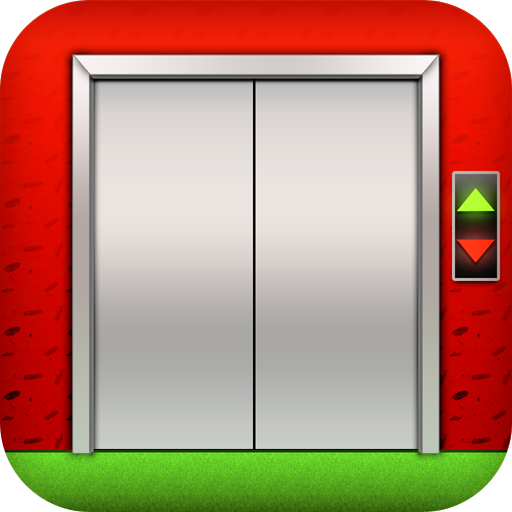 So what is 100 Floors? Well, it’s a game in which you ride up a building in an elevator, stopping on every floor. At each floor, you have to solve a puzzle of some kind. When I say “of some kind” I’m being vague out of necessity, because these puzzles are not similar to each other. On one level you’ll need to tilt open the elevator doors, and on another you’ll have to figure out where the up button is hidden (check behind the trees). And on another level, you’ll find yourself looking at a gorilla next to a pile of fruit without any idea of what to do.

But that’s what kind of game this is. The puzzles tend to be very esoteric, and you just kind of have to mess around with stuff until you figure out what’s going on. That doesn’t mean it’s a stupid game, though. It’s really a quite fun journey of exploration. Yes, it’s disorienting, but it’s also rewarding. You will feel a sense of accomplishment when you succeed.

100 Floors is free, and so you absolutely must try it. At the very least, it’s a game you will remember.

Alchemist 2 and other top Android Games of the Week

Samsung Galaxy users get free games for the holidays

November 15, 2010
There are no comments yet No comments